Feature selection (FS) is a machine learning process commonly used to reduce the high dimensionality problems of datasets. This task permits to extract the most representative information of high sized pools of data, reducing the computational effort in other tasks as classification. This article presents a hybrid optimization method for the FS problem; it combines the slap swarm algorithm (SSA) with the particle swarm optimization. The hybridization between both approaches creates an algorithm called SSAPSO, in which the efficacy of the exploration and the exploitation steps is improved. To verify the performance of the proposed algorithm, it is tested over two experimental series, in the first one, it is compared with other similar approaches using benchmark functions. Meanwhile, in the second set of experiments, the SSAPSO is used to determine the best set of features using different UCI datasets. Where the redundant or the confusing features are removed from the original dataset while keeping or yielding a better accuracy. The experimental results provide the evidence of the enhancement in the SSAPSO regarding the performance and the accuracy without affecting the computational effort.

You can access to the full text in the link: https://link.springer.com/article/10.1007/s12652-018-1031-9
If you have any problem to obtain this paper please contact me, also any suggestion is well received. Moreover, you can check the full list of publications here. 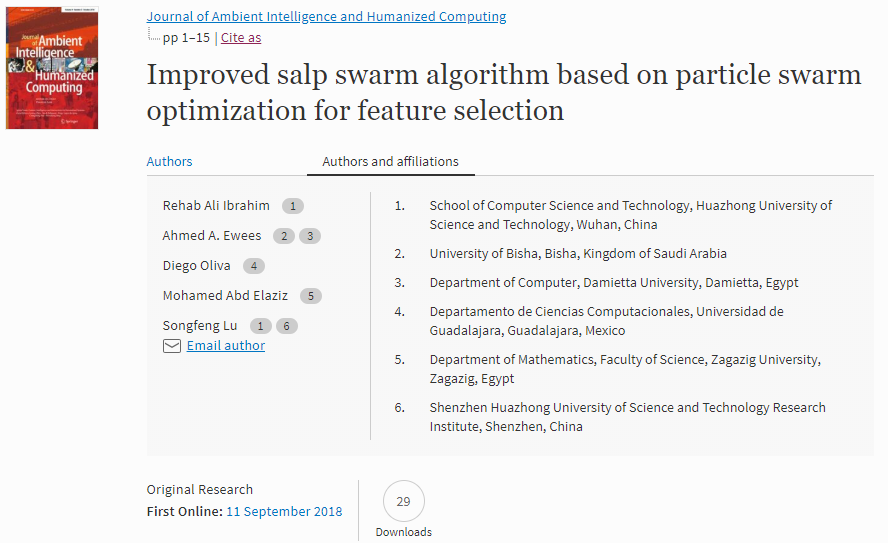 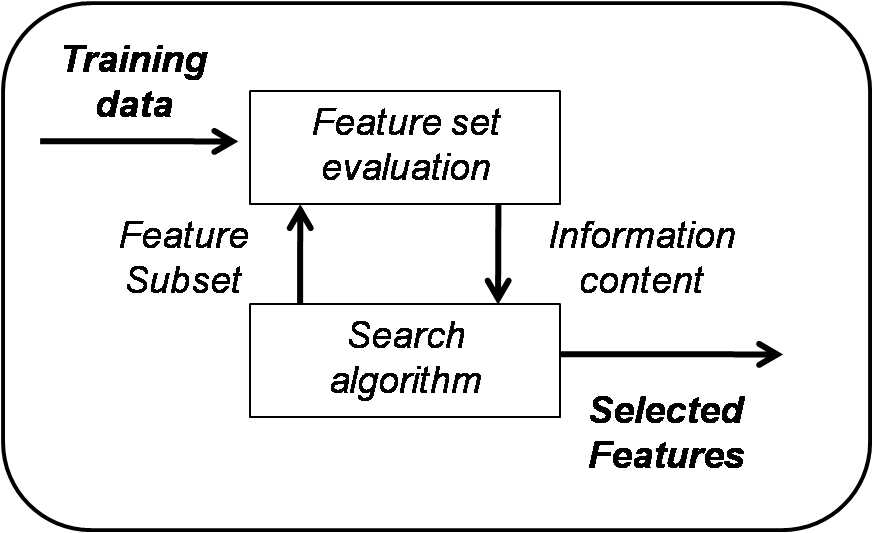